Review for The Varsity by Steve
Rating:

Yes, an Atlanta institution! OK, these are not gourmet hot dogs, burgers and fries, but it is a dining experience and it's good grub fast. Highly recommend ..
Review for The Westin Peachtree Plaza, Atlanta by Nicholas
Rating:

Definitely the best hotel in Downtown Atlanta! One of the best places to stay for the holidays in central ATL
Review for Hampton + Hudson Community Bar and Restaurant by Nicholas
Rating:

Decided to stop by this place because I was tired of emptying my wallet every time I went to my other hair salon of choice (Three 13). Don't get me ..
Pros: outstanding services and professional
Cons: zero cons

Review for Lemongrass All Natural & Organic Spa Products and Parties by Lachele by Danny
Rating:

Excellent skincare products! The best organic skincare products I've tried so far. Definitely recommend! Please go to their website at https://www.OurLemongrassSpa.com/1720 and check them out. You won't be disappointed. ..
Pros: Improved the condition of my skin overall.
Cons: You can only order the products online.

Hotels & Things to Do in Downtown Atlanta View All 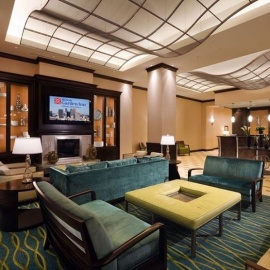 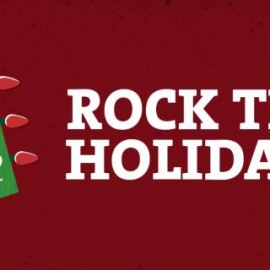 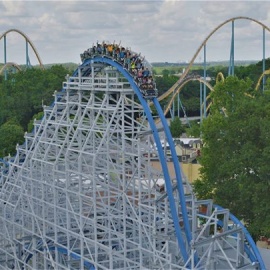 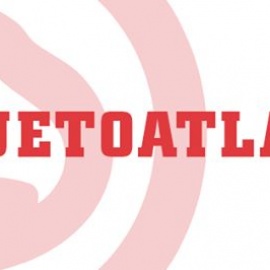 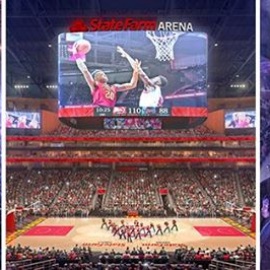 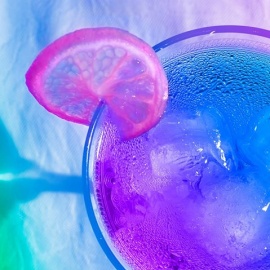 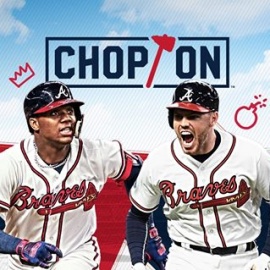 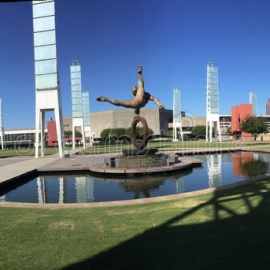 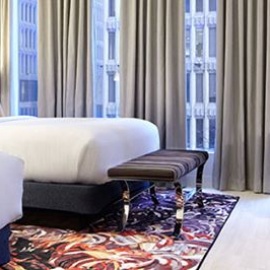 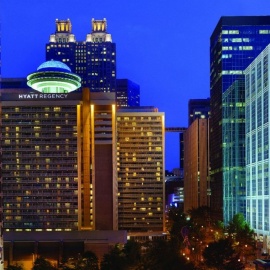 Nightlife in Downtown Atlanta View All 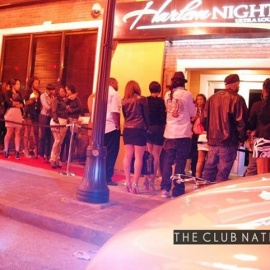 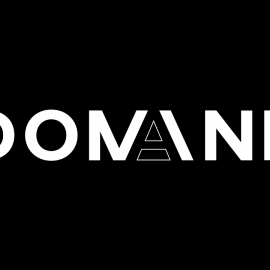 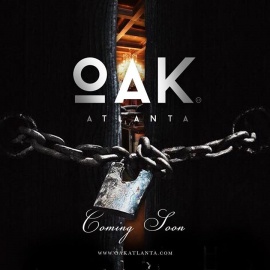 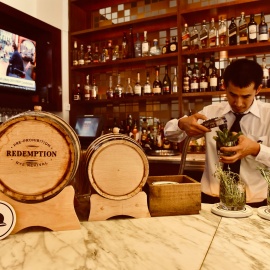 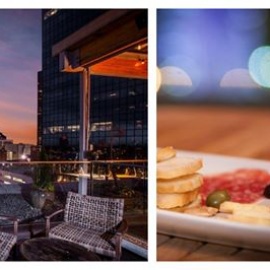 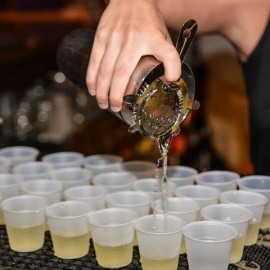 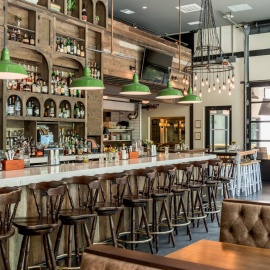 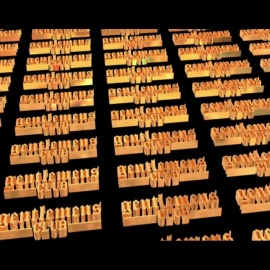 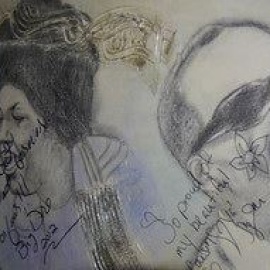 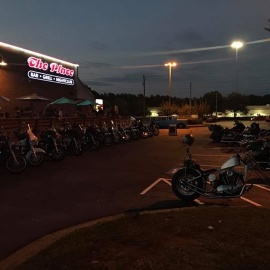 Restaurants in Downtown Atlanta View All 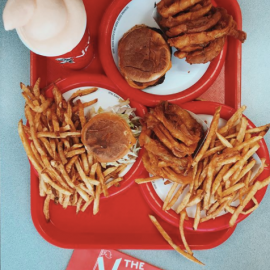 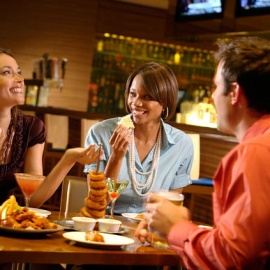 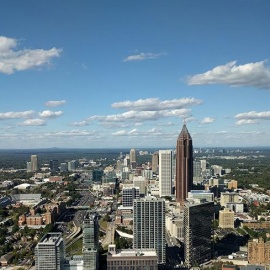 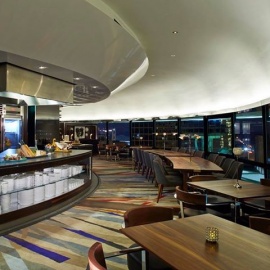 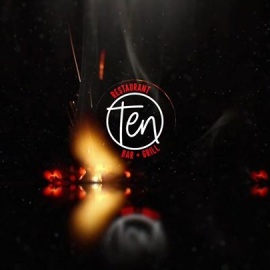 Just the thought of being downtown in Atlanta, Georgia brings a feeling of heat and excitement. Being in an area so steeped in rich culture alone is enough to make you think you can smell the magnolia blossoms and feel the sweat running down the back of your neck. Downtown Atlanta is a sprawling area composed of five districts and there are many interesting things to do and see. It's all about the culture, and downtown Atlanta has art galleries and museums all in walking distance of one another. If you are a sports fan, Phillips Arena, home of the Atlanta Falcons, Thrashers, and Dream can be found there. Numerous hotels from the not so expensive to the, "I should have cashed in a CD," expensive dot the downtown Atlanta, GA area. There are numerous good drinking and dining establishments also. The CNN Center offers both, and it offers the Glenn Hotel as well, which is new, expensive, and referred to as "sexy." Yes, the downtown Atlanta area has more than it's share of clubs, pubs, and eateries; something to satisfy every taste and pocketbook. If you can't stand the thought of being still while you eat, the Sun Dial is a revolving restaurant and bar that sits atop the Westin Peachtree Plaza. For the kiddies among us, The New World of Coca Cola Museum is down there, as is the Georgia State Capitol, and the Georgia Aquarium, not to be forgotten is the, Imagine It! Children's Museum. After a long hot day in the sun,if you get tired of being above ground in downtown Atlanta, you can go to Underground Atlanta, literally, now how awesome is that?

Things To Do in Atlanta This Weekend | January 28th - 30th

Do you owe your significant other a fun night out on the town? If you want to skip the cooking and treat that special someone, this guide has all the best date night restaurants in

Craving a health-conscious snack or meal? Check out these top juice bars in Atlanta blending up smoothies to perfection; they're great for anyone looking to keep their calories down and energy...

Hotel Bars in Atlanta Perfect for the New Year

Hotel bars in Atlanta are the perfect plan for a safe and wild night out, especially on New Year's Eve. Not only do you have the privilege of being a

Atlanta museums are as unique as the Southern culture that made the city. From history centers to art exhibits, museums in Atlanta are perfect for those looking

An arcade bar in Atlanta is an entertaining option any night of the week if you want to drink while playing some of your favorite games. From old school pin-ball to Super Smash B

Atlanta has one of the largest metropolitan areas in the southern U.S. and is a hub for dining, nightlife, entertainment, and unique annual events. There are so many attractions and

Ever get the feeling to drink with a view of your favorite city? Atlanta's skyline is no joke and these outdoor bars in Atlanta showcase the best view of the entire

Atlanta bars showcase a rich southern culture, especially it's musical diversity. With so many artists coming from the 404, live music in Atlanta is always eventful for whichever genre you prefer....

Whether you spell it barbeque, barbecue, or BBQ, it's one of the best ways to cook food out there, and rightfully so. Thereâs nothing tastier than marinated chicken, steak, or rubs steadily roasted to...

Christmas dinner is a sacred time of the year in which you want to cherish every moment with your friends and family. Those moments are definitely not all of the preparing or clean-up that goes with...

Bars and Clubs Open on Christmas in Atlanta

Christmas is a time to celebrate what makes you happy, and for most, peace of mind is happiness. If you want to be the best possible you this holiday season, visit one of the

New Year's Eve in Atlanta isn't all about adult parties - kids like to party too! Ring in 2020 with fun family-friendly events in Atla

Bars Open on Thanksgiving in Atlanta

Want to change your tradition of staying in for Thanksgiving and party like a pilgrim? These bars in Atlanta are the perfect g

Best New Year's Eve Parties in Atlanta to Ring in 2020

HEY ATLANTA! Let's start off the New Year with a BANG! Ring in the New Year at your choice of Atlanta's popular New Year's Eve parties. As T.S. Eliot once said, "For

Restaurants Open on Thanksgiving in Atlanta

Whether you'll be in Atlanta for the whole weekend or just Labor Day, one thing is for sure- Atlanta will be booming! Here are some of the major events going on in

Plug your ears because fireworks are about to be exploding in the skies of Atlanta. Across the area, firework shows and parades have been scheduled to celebrate the da

Things to Do with Dad on Father's Day in Atlanta

As Fathers Day approaches, the tie selection at your favorite department store is rapidly narrowing. Instead of opting for that âuniqueâ tie for Dad, treat him to something a little more exciting...

If you are in Atlanta and in the mood for Mexican food, you're in luck! Hotlanta has plenty of

To celebrate Dreggae's birthday, it is the highly anticipated return of COOL & DEADLY! There will be global ridders, worldwide selectors, amazing food and appearances from Dutty Dex, Supa Twitch and Crazy Neil. Don't miss it!